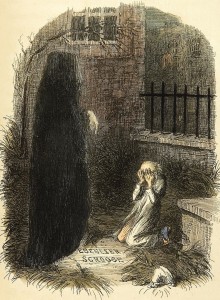 Definitely Not an Early Adopter

Considering how devoted I am to the enjoyment of a well-made book as a physical object, it is with some chagrin that I report that not only have I purchased an e-reader, but I’m glad I did.

Don’t get me wrong, I’m no Luddite. I love computers. I got my first one sometime around 1985 (and I still miss my Kaypro, even though the screen was the size of a slice of bread and had only one color—green. My computer was even portable—meaning it came with a handle so you could heft all 20 pounds of it around if you needed to, which is more than could be said for the first few generations of PCs.). 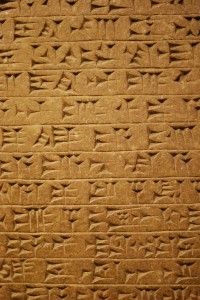 Still, the minute I heard about e-books, I knew I was definitely not going to be reading any. Not ever. Electronic books just seemed so wrong, somehow (unlike all the other things that I’m quite happy to read from a screen, like online content for instance—but that is, of course, totally different). I used to say (to myself, since nobody was actually asking for my opinion) that the only way to get me near an e-book would be to stick an e-reader into my cold, dead hand.

[At this point, feel free to insert your own version of a “get off my lawn”-type rant about crazy newfangled notions and the decline of Western civilization.]

I suspect the clay tablet fans in Babylon had a similar reaction to that weird new papyrus/paper stuff.

The Irony is Getting Pretty Thick in Here

As time went by and I saw my students happily reading on their cell phones, tablets, and various other devices (when they were actually reading and not snapchatting or texting or watching cat videos) I began to reconsider. After all, anything that can get people reading has got to have some good points, right? But still, not for me. (That sound in the background is the universe snickering.)

And then Bold Strokes said they wanted to publish my book. Which was going to be an e-book-only release. Oh. Well, in that case… And lo and behold, e-books suddenly sounded like a great idea.

So yes, my conversion to the wonders of virtual reading has been largely a matter of enlightened self-interest (translation: I’d like to be able to read my own book). Thanks to some encouragement from my editor (always listen to your editor—she will save you from yourself, if you let her), I finally bought an e-reader.

Beware of Converts—They Tend to be Fanatics

So now it can be told—I really like my e-reader. Aside from the (not negligible) fun I’m having playing with a new tech toy, I’m crazy about the practicality of the thing.

I do love a good hardcover book, but let’s face it, those suckers are heavy. Especially when you’re lugging around more than one (I tend to read a couple of different books at once, usually a fiction and a nonfiction, which I alternate depending on my mood and how much reading time I’m able to snatch in between obligations). Apologies to all of you for whom this has always been obvious, but I’m getting a huge kick out of being able to hold a hundred-plus books in the palm of one hand, in an object the same size and weight as the (pen and paper) notebook I’m using to draft this post.

Plus (again, sorry to be Captain Obvious) you can read your e-book no matter how dim the light is, and bump up the type size, too (who knew?)—which are both huge recommendations for someone with aging eyeballs. 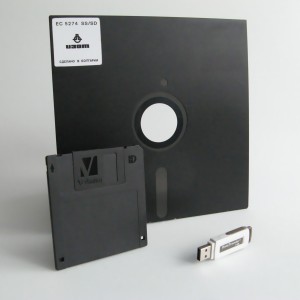 I do have one small worry about my e-reader. This whiz-bang piece of technology is—wait for it—technology. Which means that sometime between tomorrow and twenty years from now, it will be obsolete, and all of my hundreds of virtual books will be unreadable. (Skeptics: Eight-track tapes. Betamax video. Floppy discs. ‘Nuff said.)

Yes, I know that there will almost certainly be some way to convert all those e-books to whatever the next big tech thing turns out to be. But all that converting is also bound to be a big old pain in the rear.

A physical book, on the other hand, remains readable, as is, for hundreds of years. All you have to do is open it. Even if part of it gets damaged, the rest of it is still perfectly fine. A damaged e-book is just a bunch of scrambled electrons. Try using it to prop up a table leg, practice your posture, or fend off a zombie attack, and you will end up with coffee in your lap, a sad stoop, or a prominent spot on some undead chef’s bill of fare.

Heck, speaking of clay tablets, those little squares of hardened mud are still in great shape and easy to read (or so I’ve heard—unlike Gilbert and Sullivan’s “Model of a Modern Major General,” I claim no skill with cuneiform) thousands and thousands of years after they were created. It doesn’t get much more practical than that.

Despite my one teensy concern, I do suggest that those of you still leery of taking the virtual plunge consider giving e-books a try. You might be pleasantly surprised.