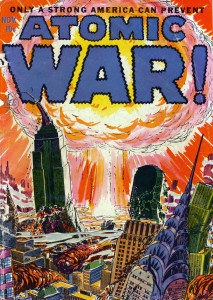 When I was 10 or so and finally read Treasure Island (having previously been introduced to the story through Classic Comics), I distinctly remember one day walking home from school and suddenly realizing I wished I were a boy—not because I actually wanted to be a boy (ew), but because only boys have adventures.

Who Gets to Be a Hero?

The obvious exception is Lucy Pevensie, of course, but somehow she didn’t count—maybe because the whole glorious Narnia thing was completely out of reach. In my heart of hearts I knew that, although it was years before I stopped feeling a little twinge of hope opening a closet.

At that point, my 10- or 11-year-old self had read a respectable pile of books, and although a few had heroines or girl sidekicks, somehow the best ones, like Kidnapped and Guns in the Heather and The Three Investigators, all seemed to feature boys—boys doing fun and amazing things, escaping from bad guys and solving mysteries and foiling nefarious plots.

The Best Adventure of Them All

I’ve always been a romantic—in the classic sense of imagining that life could really be exciting and full of derring-do. Robin Hood, D’Artagnan, Tarzan, David Balfour. But best of all was Jim Hawkins. Treasure Island enthralled me, enraptured me, filled me with that delicious combination of “you are there” excitement and poignant “if only I could” longing that I still feel when I read a really good book.

Rereading Treasure Island for the first time in about 20 years, I’m struck with how much better it is even than I remember. Having written my own pirate romance (in the modern sense), I’m bowled over by Stevenson’s masterful plot construction, vivid descriptions, lively dialogue replete with sea lingo and piratical slang, and his subtle characterizations (Silver in particular, and of course Jim himself).

But that’s only when I accidentally slip out of the narrative for a Wow! moment. Mostly I’m just carried along by the flow of the story, swept up in one wonderful scene after another, the (for modern readers) long opening that builds up the mystery surrounding Billy Bones, the shock of the pirates’ violent intrusion into Jim’s peaceful life, the peculiar oilskin packet that turns out to be a treasure map, etc., etc. How I love it. How I wish it would go on forever.

The One and Only Jim

Best of all, of course, is Jim himself. Resourceful, courageous, self-reliant—he would be an extraordinary hero at any age, but to have him be my own age was utterly magical. The two best moments in the whole story are when he really shows his mettle.

The first is when, having been chased around the deserted ship by a murderous pirate, Jim manages to scamper up a mast, perch in the cross-trees, and, with the pirate hot on his heels, reload his pistols (spoiled by a dousing) just in time to coolly declare, “One more step, Mr. Hands, and I’ll blow your brains out.”

Now that’s a hero—“Romeo’s a dishclout to him” (and so is anyone else you could name—go on, I dare you).

But the very best is when Jim, captured by the pirates, wounded, abandoned by his friends, surrounded by angry desperadoes only a hair’s breadth from murdering him out of hand, is offered a chance to save his life by joining the buccaneers. Instead, he stands tall and sets them at defiance with a bold speech that begins:

“Here you are, in a bad way: ship lost, treasure lost, men lost; your whole business gone to wreck; and if you want to know who did it—it was I!”

He proceeds to recount every single thing he has done to thwart them (it’s a long list), and concludes by counteroffering to testify on their behalf when they come to trial. However many times I read this scene, it thrills me through and through.

Yes, I still want to be Jim Hawkins.