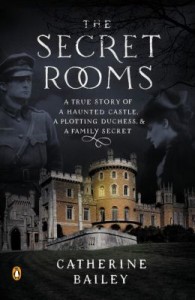 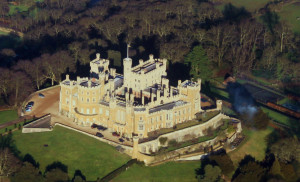 When I started reading The Secret Rooms, I thought the book would feature the sort of scandalous goings on that are fun to consider when time has sufficiently distanced us from the human suffering involved—say, the involvement of Mary, Queen of Scots, in her husband’s murder, or who all Byron slept with. I didn’t expect to be infuriated and saddened, but I was.

I was expecting juicy gossip, but what I found in Bailey’s account of John, the 9th Duke of Rutland, was the lifelong struggle of a well-meaning, flawed human being betrayed by those who should have cared for him the most, the principal villain being his mother, Violet. 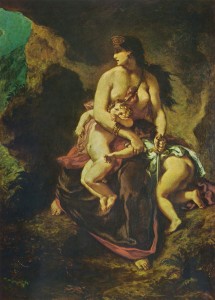 Medea About to Kill Her Children (Delacroix, 1862)

Medea has nothing on Violet—at least Medea was motivated by fierce, honest emotions like jealousy, desire, and rage, and she paid her own heavy price even as she savaged those around her. Violet, on the other hand, seems to have been driven primarily by narcissism, selfishness, and a tireless dedication to her own comfort, and she suffered nary a bit from forcing her children to confront appalling moral dilemmas that boggle the mind and curdle the stomach, even a century after the fact.

Consider her first, and arguably greatest, trespass against John. She blamed him—unjustly and mercilessly—for the death of his older brother, her favorite child. The death, which Bailey’s research indicates was accidental, occurred on John’s eighth birthday. Losing a child has to be just about the worst thing any person can experience, and grief can take many forms, including lashing out in an attempt to lessen the pain. Moreover, losing someone you love isn’t something you “get over.” Yet in time most people do manage to move forward with their lives despite their suffering. And most parents are able to love their children, even when they do terrible things.

But that wasn’t Violet’s way, oh no. Whatever John’s responsibility may have been (apparently he encouraged his brother to do some acrobatics, which led to a fatal injury), her response was devastating and unrelenting. She cut him off completely, emotionally and physically, abandoning him at the very moment a scared, grieving little boy most needed love and reassurance.

And she never, ever forgave him. Years later, she complained that the relative she consigned him to as a surrogate parent had been much too kind to him, and Bailey found written evidence that even late in life, Violet still blamed John as fiercely as ever, deeply resenting his inheriting the lands and titles that would have belonged to his brother.

Clearly, it was not just whatever childish role John had in his brother’s accident that merited her implacable enmity; John’s truly unforgivable sin was remaining alive. Even if she never actually said those words to him (and being Violet, she very well might have), John was sensitive and smart enough to have figured it out for himself. 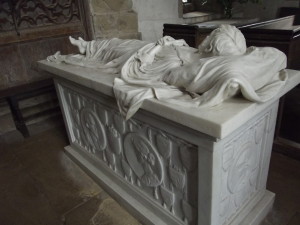 Meanwhile, she labored for nearly half a century to sculpt a memorial for her dead favorite, the image of a boy frozen in angelic slumber, never to awaken from it to grow or change, never to discover his mother’s imperfections or question her control. She termed the loss of her eldest son the great tragedy of her life, but her obsessive dedication to maintaining her bitterness shows that it would be better described as her life’s great source of drama, bathing her in an eternal spotlight and doubtless serving as a justification for her self-centered disregard for the feelings of others, particularly her own children.

Her emotional rejection of her surviving son did not prevent her from meddling in his life, of course. When John, a brave and patriotic man, volunteered for military service in 1914, his mother was terribly worried—not about his safety, but about the financial consequences for herself and her husband, who would be left to face enormous debts if the heir to the Rutland properties were to die. She badgered John to quit the army, but he insisted on doing his duty, despite all the horrors of a World War I battlefield. 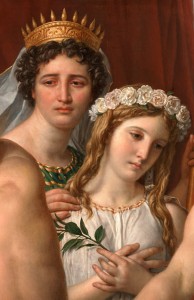 Clytemnestra leads her daughter Iphigenia to be sacrificed (Detail from Jacques-Louis David’s The Anger of Achilles, 1819)

When emotional blackmail didn’t work, Violet connived and plotted to find a way around John’s scruples. In a tactic that almost beggars belief, she tried to get him assigned away from the front by prostituting her daughter Diana, coercing her to accept the attentions of a man with influence over military commander Sir John French.  Diana, despite her revulsion, felt compelled to sacrifice herself to save her brother’s life. Violet wrote to a confidant about the success of the scheme: “At 3 a.m. I get up and see G Moore in Diana’s bedroom next door. Oh dear.” (p. 305).

That simpering, self-excusing “oh dear” perfectly exemplifies Violet’s moral character. (No thanks to Violet, Diana not only survived but thrived—she extricated herself from her mother’s machinations to marry for love and later enjoyed success as a writer and actress.)

Despite all Violet’s efforts, John wouldn’t budge, rejecting the proposed reassignment and also refusing to go along with attempts to have him declared (without any real basis) medically unfit.

Until that is, he finally gave in. A decent, honorable man, he was tempted beyond his strength by the only thing that could sway him, the one thing denied him all his life—love. Immediately after John’s marriage, a medial board declared him (based on certification from a complicit doctor) too ill for active service, which could have only happened with John’s cooperation.

As he (and his contemporaries, had they known) would have seen it, he had deserted his post, just as if he had run from a battle, leaving his comrades behind to die. He had opened his heart to another human being and, finding himself loved in return, he chose to abandon his duty rather than risk the loss of what for him must have been a miracle. He suffered the guilt and shame of that choice for the rest of his life. 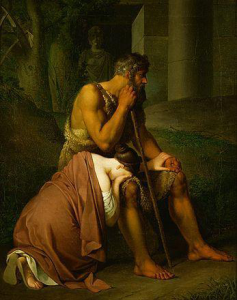 The saddest aspect of his story is that the love for which he sacrificed his honor did not last; his marriage soured early and over the years he was frequently unfaithful. No doubt his inability to hold on to his love was due in large part to the damage that would have been the inevitable legacy of his mother’s emotional cruelty.

However hard he tried, John could not escape his fate, and he died alone, attempting to atone for his past by destroying the evidence of his family’s dishonorable dealings. Yet his effort at concealment itself gave birth to a mystery that ultimately led to those secrets being revealed.

Such deep and painful ironies would find a natural home in Greek tragedy.